Oh Dragon Theatre Company presents Veronica's Room. A chilling mystery thriller by the author of Rosemary's Baby that explores the thin line between fantasy and reality, madness and murder. Susan and Larry find themselves as guests enticed to the Brabissant mansion by it's dissolute caretakers the lonely Mackeys. Struck by Susan's strong resemblance to Veronica Brabissant, long- dead daughter of the family for whom they work, the older couple gradually induce her to impersonate Veronica briefly to solace the only living Brabissant, her addled sister who believes Veronica alive. Once dressed in Veronica's clothes, Susan finds herself locked in the role and locked in Veronica's room. Or is she Veronica, in 1935, pretending to be an imaginary Susan? 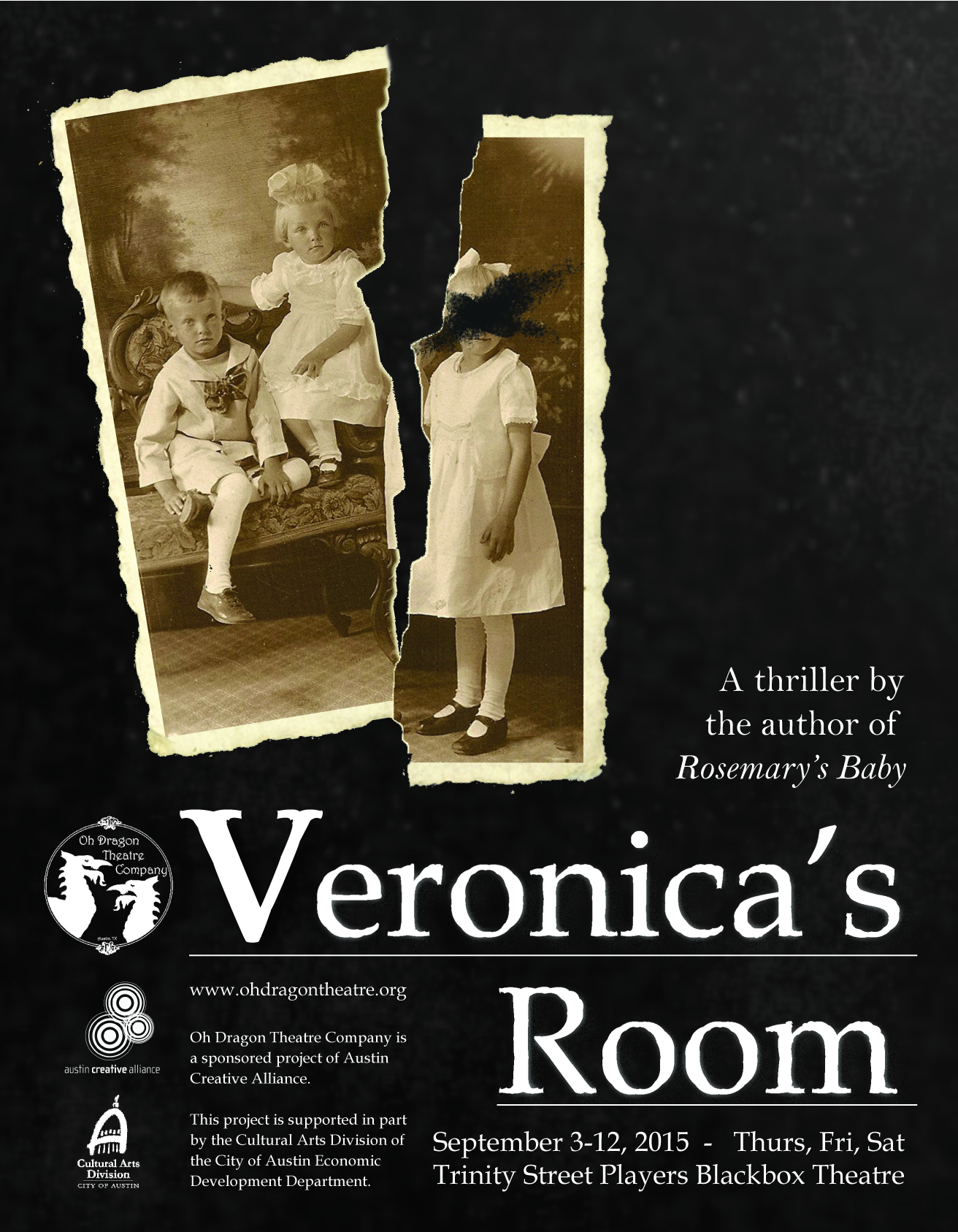