The History of King Lear by Nahum Tate

In 1681, Nahum Tate took an "unpolished jewel," Shakespeare's King Lear, and modified it for Restoration tastes. The romantic result replaced its original for 157 years.

At the pleasure of the Matriarch, after selecting your tickets you can pre-purchase concession tickets, and have them waiting for you at the box office with your show admission. Each concession ticket equals one dollar worth of credit towards an item at our refreshment stand. Drinks and delectables change nightly, and are exchanged for a suggested donation. A typical suggestion is $3 for beer, $4 for wine, $2 for soda, and between $1-4 for a home made baked good or cheese plate. Ah, delicious, and convenient…

Upon your arrival, look for a mysterious figure, and give the password "stormy." 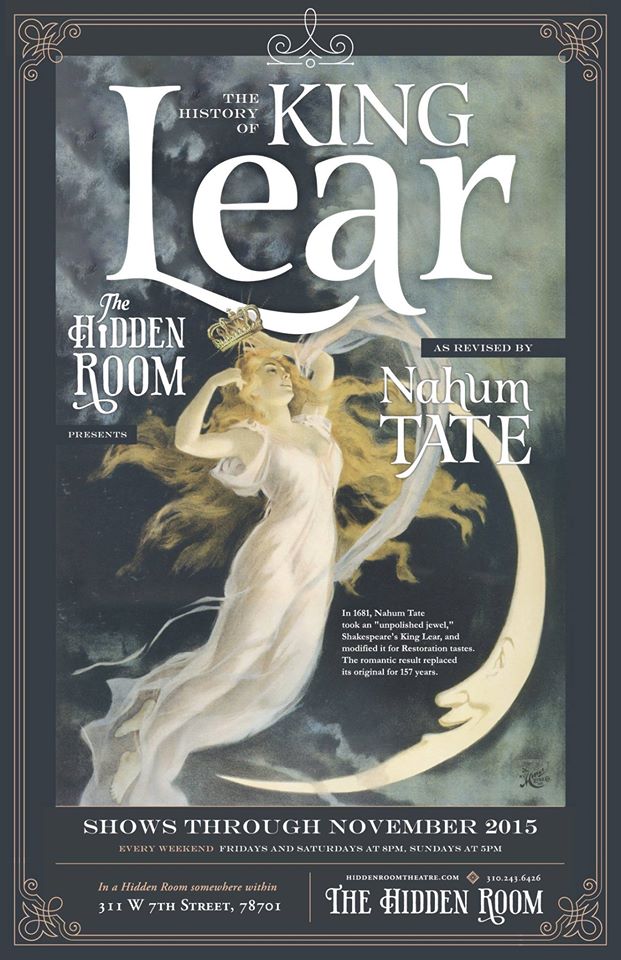