Year of the Rooster

Gil Pepper is a loser. Odysseus Rex is winner. Against all odds Gil and his rooster will prove to his narcissistic mother, his teenage boss, local tycoon Dickie Thimble and the rest of the goddamn world that this is their year. In the vein of Killer Joe and Lieutenant of Inishmore Capital T Theatre is proud to present the Austin Premiere of this mythical baddass dark comedy about love, underdogs, and cockighting.

YEAR OF THE ROOSTER’s All-Star cast includes Jason Newman (Gruesome Playground Injuries) as the hapless Gil Pepper, Julia Bauer (DNA) as his foul mouthed teenage boss, Lana Dieterich (The Pain and the Itch) as Gil’s roommate and mother, Kenneth Wayne Bradley (Killer Joe, Hunter Gatherers) as the beef jerky tycoon and rooster enthusiast Dickie Thimble, and Jason Liebrecht as Odysseus Rex, the most angry and vicious rooster the sun ever rose upon. 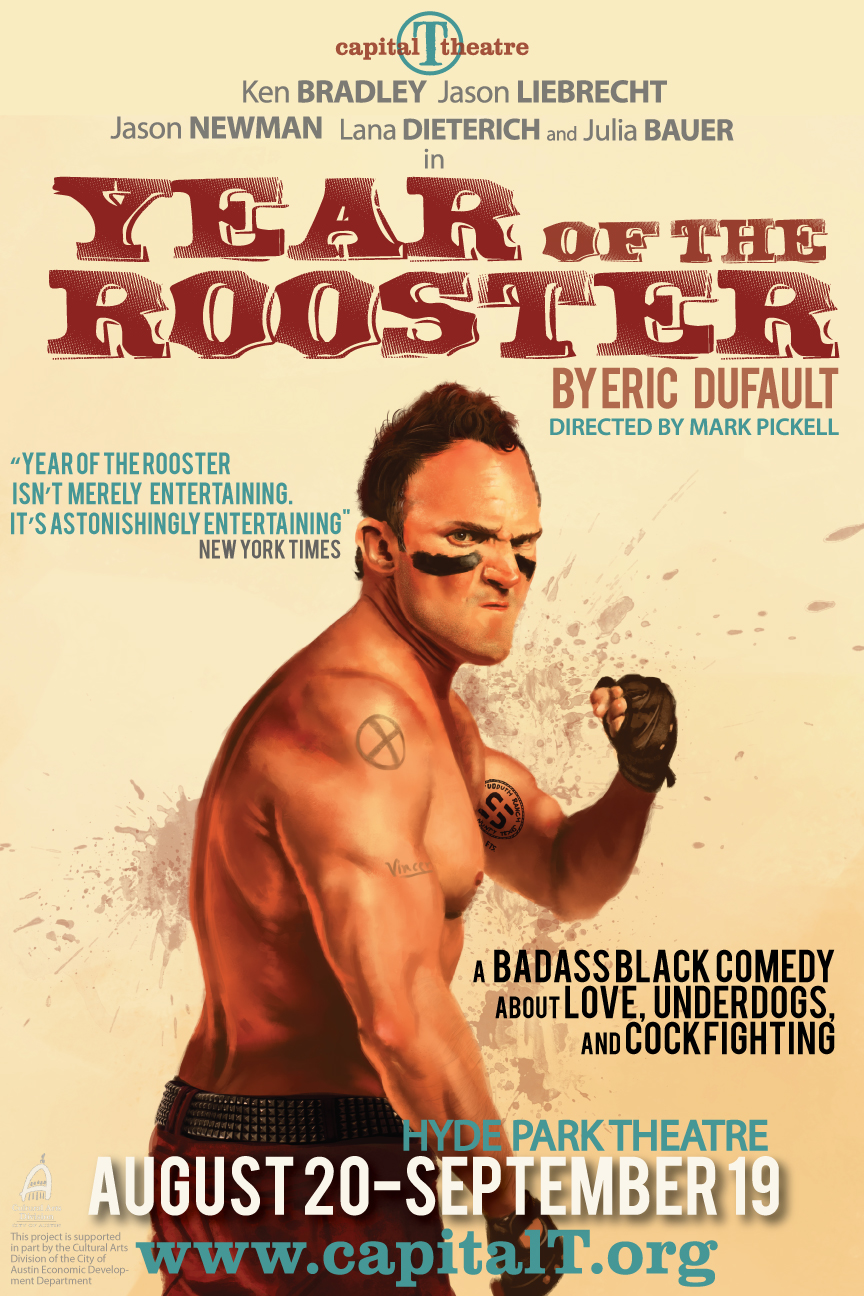