THE MOTHERFUCKER WITH THE HAT by Stephen Adly Guirgis

Things are looking up for recovering alcoholic Jackie and his girlfriend Veronica—until Jackie spots another man's hat in their apartment and embarks on a sublimely incompetent quest for vengeance. Fast-paced and uproarious, Mother is a gleefully foul-mouthed look at modern love and other addictions. 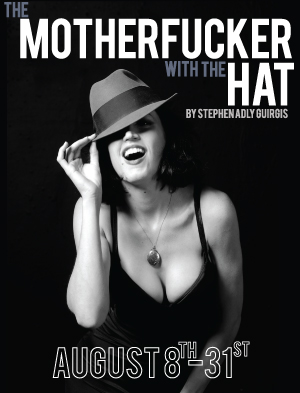