The Lieutenant of Inishmore by Martin McDonagh

Heads roll, shatter and blow in THE LIEUTENANT OF INISHMORE, the savagely funny, pitch-dark comedy by Martin McDonagh (The Pillowman)

On a lonely road on the island of Inishmore, someone killed an Irish Liberation Army enforcer's cat. He'll want to know who when he gets back from a stint of torture and chip-shop bombing in Northern Ireland. He loves his cat more than life itself, and someone is going to pay. 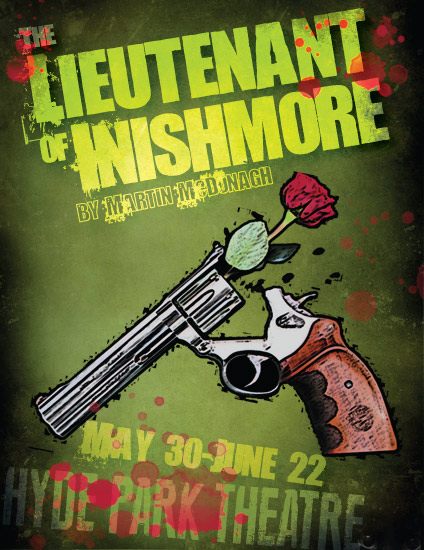