Song About Himself by Mickle Maher

From the mind of Mickle Maher, the same genius that brought Austin the smash hits SPIRITS TO ENFORCE, THERE IS A HAPPINESS THAT MORNING IS, and THE STRANGERER comes SONG ABOUT HIMSELF.

Mickle Maher sets his latest funny and absurd futuristic thriller in a dystopian future where the Internet has been efectively destroyed by viruses and malware, and people communicate in little more than grunts and mumbles. Looking for human interaction of any kind, Carol a woman made extraordinary by her ability to speak relatively clearly, signs into a mysterious social media site created by a rogue artificial intelligence within the Web itself, only to and that, strangely, she is its only member. The secrets she uncovers there will either cure or break her lonely heart.

Capital T Theatre is proud to present the regional premiere of SONG ABOUT HIMSELF. All three previous Cap T productions of Maher’s work, THE STRANGERER, THERE IS A HAPPINESS THAT MORNING IS, and SPIRITS TO ENFORCE were nominated for Best Comedy by the Austin Critics Table Awards. 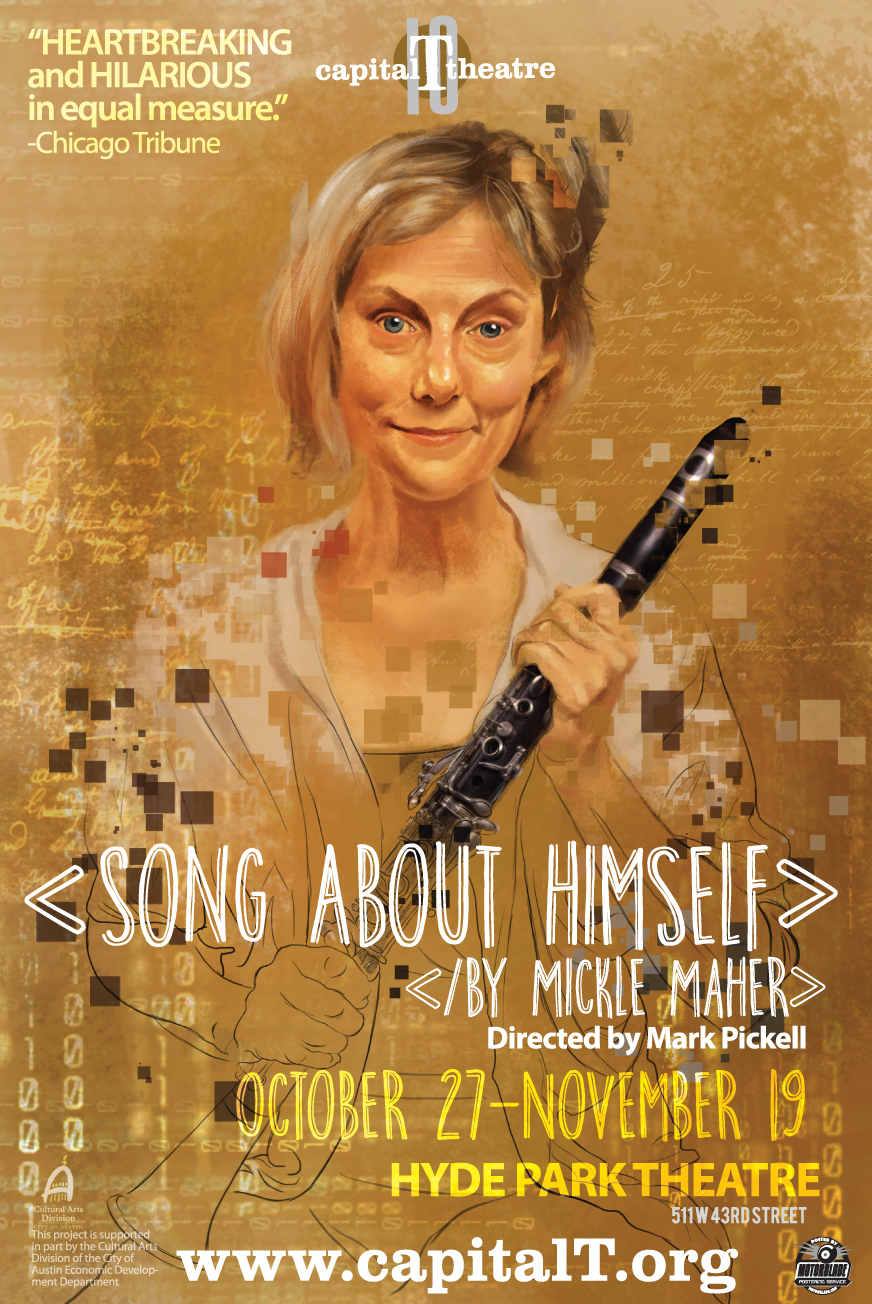